Michael is a talented swordsmith that has studied the craft in old-world smithies from the hands of talented, multi-generation smiths. He is known in the swordsmithing community for his relentless and uncompromising pursuit of challenging pattern welding techniques.  Michael lives in central Wisconsin.

J. Arthur Loose
http://www.JLoose.com
J. Arthur Loose is both a bladesmith and a talented jeweler. He creates beautiful stainless pattern welded rings, and is one of the few living artist that still practice the ancient technique of niello inlay. He has had many exhibits of his work, and has professional taught metal working, jewelry, and bladesmithing.  He lives in Vermont. 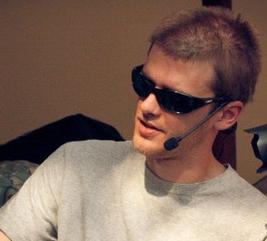 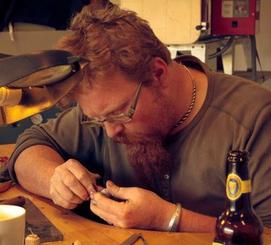 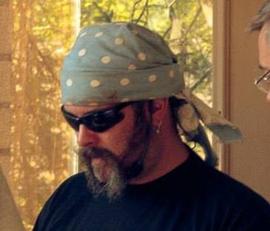 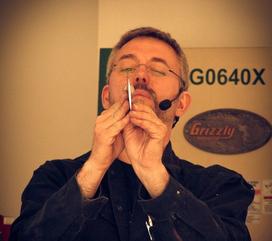 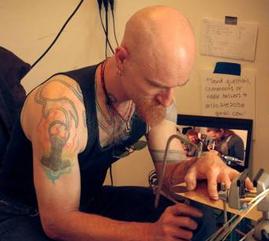 Dave Stephens
http://www.StephensForge.com
Dave Stephens is one of the hosts of Arctic Fire. He is passionate about sharing the craft of swordsmithing with the world. He lives mostly on airplanes, and sometimes in Anchorage, Alaska where he makes pattern welded swords.

Owen Bush
http://www.owenbush.co.uk
Owen Bush is a widely recognized smith in the bladesmithing community.  He regularly appears on national and international television shows such as National Geographic and the popular BBC series "Beat the Ancestors."    He regularly holds swordsmithing classes out of his smithy.  Owen lives in London, England.

These are the smiths that participated in Arctic Fire 2013, and will do so again in 2016. In 2012 the group also included Don Fogg, and David Delagardelle. 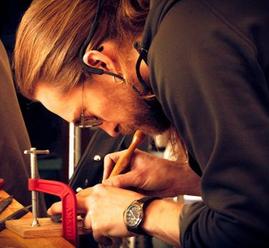 Jake Powning is an artist, swordsmith, and writer who produces historic and original swords. Jake is one of the most skilled carvers in the bladesmithing world, a skill that he translates into beautiful cast bronze fittings for his blades. He lives in New Brunswick, Canada 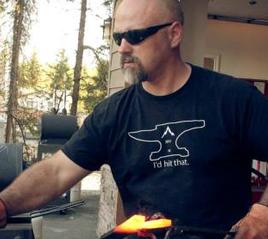 Petr Florianek
http://www.gullinbursti.cz
Petr is a scholar of ancient blades and the culture of Northern Europe during the migration period, the Viking Age, and other Western pre-medieval periods. His skill as a carver of accurately re-created ornamentation of the periods he works in gives his work authenticity and power.

Peter Johnsson
http://www.PeterJohnsson.com
Peter Johnsson is an internationally acclaimed sword smith and sword designer. A serious scholar of the functional and aesthetic properties of the sword in the Western tradition, Peter has closely examined hundreds of historical artifacts at major museums. . He lives in Uppsala, Sweden.